Home » Blogs » kitt's blog
Progress« an older post
a newer one »Slam and a Commentary
Blog Instead of being asleep at 21:55 on 17 January 2016, kitt created this: 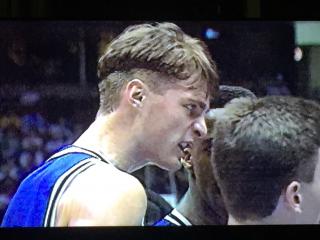 He made perhaps the most dramatic shot in the history of the NCAA basketball championship tournament. He's the only player to start in four consecutive Final Fours, and was instrumental in Duke winning two national championships. He had looks, smarts and games. So why has Christian Laettner been disliked so intensely by so many for so long? Maybe it was the he stomped on the chest of a downed player, or the battles he had with his teammates, or a perceived sense of entitlement. But sometimes, perception isn't reality. Directed by Rory Karpf, I Hate Christian Laettner will go beyond the polarizing persona to reveal the complete story behind this lightning rod of college basketball. Featuring extensive access to Laettner, previously unseen footage and perspectives from all sides, this film will be a "gloves-off" examination of the man who has been seen by many as the "Blue Devil Himself".

Essentially, you have an elite school, you have a strong athletic program, and you have a good looking student who is a great athlete and who doesn't give a f--- what you think about him. 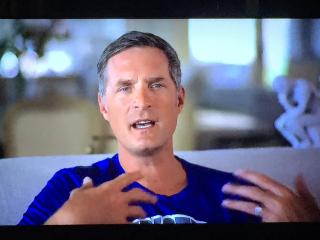 I found the documentary fascinating, doubly so as I wasn't expected to like it at all.

The level of hatred people have for this guy, who doesn't give a crap about his haters, is stunning. How can you hold that much hate for a basketball game? I really don't understand, making the whole thing even more fascinating.

The documentary broke down the reasons for the hatred into 5 parts, explaining there was the perception of elite (Duke University), even though Laettner was from a working class, blue collar family. Laettner didn't act like it, and didn't disavow people of their notions he was from a rich family (likely because, see above, he doesn't care what you think), so the myth perpetuated. He's good looking. He's white. He won games.

And he was a bully.

And this is when I realized I didn't and wouldn't hate Christian Laettner.

I would f---ing hate his brother, Chris Laettner

Not every blade survives the annealing process. Surviving childhood bullying isn't easy, and it has lasting consequences, a lifetime's worth. So, yay, your brother became a great college basketball player. Good for him. Your kind of behaviour creates tens of, hundreds of, thousands broken people, laughing about it or perpetuating it is not acceptable.

And naming your two boys Chris and Christian? I really want to know how that conversation went when deciding the names. I find the dual Chrises both confusing and amusing.

Did his older brother give

Did his older brother give Christian that haircut? That would make him an ultra-dickwad.