Here are my slides for Automating Front-end Performance with Grunt that I gave at Fluent Conf 2015. I'll likely write it up, to give a transcript. I think the videos are about a month away. Unsure on that one.

I spoke at Fluent today! 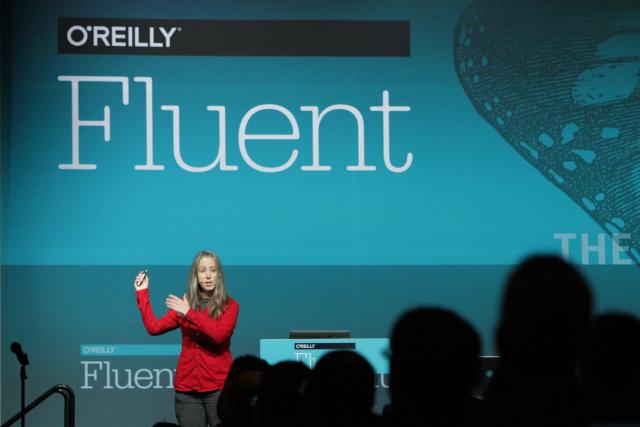 I went to Caltech for my undergraduate studies. At the time, I didn't realize how awesome the feat of being admitted into Caltech was. To me, at the time, it was more of an "of course" than a fantastic achievement.

These days, looking back, I'm stunned at the hubris of my youth. The only "of course" I see from that thinking is, "of course, you have no concept of your own limitations and failings." Four years at Caltech didn't quite fix those delusions.

They've since been removed, such that when I see things like this:

I now appropriately think, "Holy f---!" and take a moment to appreciate my fortunes. I am grateful for the opportunities I have, and for the chances others take with me when I asked to speak. I said "I have something to say!" and Fluent agreed. I greatly appreciate and thank them for selecting my talk out of the other 380+ talks they could have chosen, and for giving me that opportunity. I appreciate all of the opportunities I've had to share what I've learned. It's a great feeling.

I am blessed. I am blessed and I am grateful in ways I wasn't as a kid.

If you're attending my Fluent talk, Automating ALL THE FRONT-END THINGS!

A note I sent maybe too late:

I'm excited you're attending the Automate ALL THE FRONT-END THINGS! workshop. We'll be discussng Sass and Grunt, during the workshop, with hands-on editing and updates of a practice site. If you can, install node and ruby before the workshop.

Node is easy to install. Go to http://nodejs.org/ click the install link and run the installer. This works on Mac, Linux and Windows.

Ruby is a little more complicated, but not much. First, see if you have it already installed: in a Terminal window, type "which ruby" and "ruby --version" If the first one returns a value and the second returns a version, you're good. If you're on a Windows box, use "where" instead of "which".

If you need to install ruby, on a Mac, you can use Homebrew (brew.sh) with $ brew install ruby, or RVM https://rvm.io. If you are nervous on the command line, use JewelryBox https://unfiniti.com/software/mac/jewelrybox

If you're on a Linux box, you can use apt or yum to install ruby (sudo apt-get install ruby1.9.1) or RVM https://rvm.io.

If you're on a Windows box, use RubyInstaller http://rubyinstaller.org/downloads/ or Pik https://github.com/vertiginous/pik

I'll review both of these at the beginning of the workshop. If you haven't installed these on your laptop, you'll have a chance to do so as I talk about the guiding principles of making workflows awesome.