Introvert Advantage« an older post
a newer one »A Case of Exploding Mangoes
Book Notes Yeah, kitt finished writing this at 20:53 on 10 July 2015 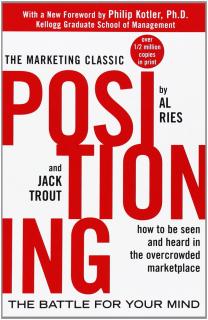 I'm kinda chuckling at this book as I read it. It's all pre-Internet era advertising examples, which makes them hilarious in the context of today's world. That said, I wish there were an updated, relevant-to-today version of this book. Extracting the message, ignoring the historical juxtaposition with the number of upturned ideas about marketing, and the book is okay so far. Might be a bit too Mad-Men-esque for me.

Subtitled, "The Battle for Your Mind"

I read this book on the recommendation in How to Transform Your Ideas into Software Products.

The book was first published in 1981, though there's a 2001 copyright on some of the books. As a result, oh, ha, a lot of the products discussed and idea presented are so dated I felt I was reading a Mad Men how-to manual of sorts. There were references to Xerox's failed attempts at the computer industry, along with references to the Marlboro man on television (uh.... nope, not any more), and American car manufacturers dominance in the minds of Americans. The parts where suggestions about "possibly think internationally" had me giggling. And, aw, man, I understood many of the references to the older ways of doing things (hey, how about that Thomas Register?).

I really would like to have this book rewritten with modern / updated product references and case studies.

That said, the positioning yourself and your career chapter totally hit home. Still relevant, still applicable, and still swirling in my head as "I need to do this."

Many thanks to Poornima for suggesting the book. I wouldn't have read it otherwise. It's a fast book to read, and, despite its datedness, worth the 3 hours to read it.