Small Eternities« an older post
a newer one »Ghost Story
Book Notes Written with a loving hand by kitt some time around 10:00 on 29 July 2017 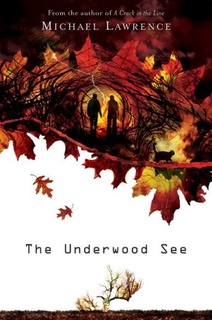 This is book three of the Withern Rise series.

Since I enjoyed the first two books, made sense to continue with the third (and last) book, too. In the first, we have two teens swapping realities. In the second, we have them flying into four distinct timelines. I suspect the author thought, "Well, how do I top that well enough not to have to write another book in this series? I know! An infinite number of timelines!" Which is what we managed to find in this one.

Of said infinite timelines, we managed to follow only a half dozen or so. The Alaric in several of them (yes, the several Alarics that exist) hold true to his core personality traits of wanting something and regretting the choices, which is completely human. Naia manages to figures stuff out in the end, but Adolus? Totally steals the show.

I enjoyed the books enough to pass them along to Anya. No idea if she'll read them.

There was something about this man that calmed her. Warmed her. She knew what it was. He liked her. Simple as that. He liked her. No ulterior motive. She wasn't sure how rare that was, but it touched her.
Page 198

When he realized the unspectacular size of the world on which he lived, and the position of its not-very-distinguised stellar system near the rim of a galazy of around a hundred billion stars, it because unlikely in the extreme that we woudl attract the interest - or even the notice - of people from other worlds. Add to the fact that our galaxy is itself just one among billions, and the idea became simply idiotic. The number of planets orbiting stars was so far beyond observable caculation that by any sane law of averages a great many must provide agreeable conditions for the development of intelligent species - not necessarily humanoid - at various stages of maturity. With such a plethora of worlds to take a peek at, and such colosal distances between them, why on Earth or anywhere else - and this was supposing such a feat were possible - would people from other plants even think of trekking all the way out here to see if there's anyone home?
Pages 281-282

They went on, toward the house, but with every step they walked a little faster, until it became a competition. Then they were running like children, fighting to be first through the front door, first along the hall, first up the stairs with a great clatter of feet and much shoving and shouting. Then they were making a racket all the way along the landing.