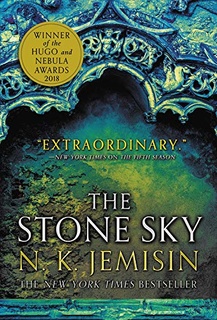 This is book 3, the final book, of The Broken Earth trilogy, of which all three have one the Hugo award. This one begins a few weeks after The Stone Sky ended, and continues the tale. It also concludes the tale.

If you want the plot, it is elsewhere on the Intarwebs.

I enjoyed the book, as much as I enjoyed the first two. None of these books had the sophomore slump. All were fantastic reads. Bonus: I've now read five of the last decade's Hugo Award winner books. Go me. Go authors!

The Fulcrum is not the first institution to have learned an eternal truth of humankind: No need for guards when you can convince people to collaborate in their own internment.
Location 116

You are not alone. You will never be, unless you so choose. I know what matters, here at the world’s end.
Location 138

When a slave rebels, it is nothing much to the people who read about it later. Just thin words on thinner paper worn finer by the friction of history. (“So you were slaves, so what?” they whisper. Like it’s nothing.)

But to the people who live through a slave rebellion, both those who take their dominance for granted until it comes for them in the dark, and those who would see the world burn before enduring one moment longer in “their place”
Location 141 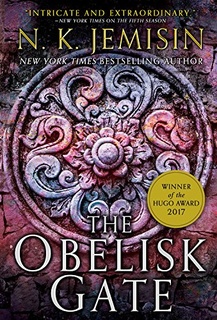 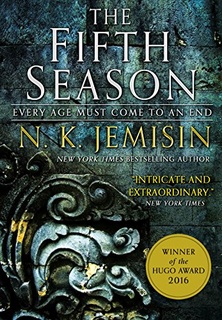